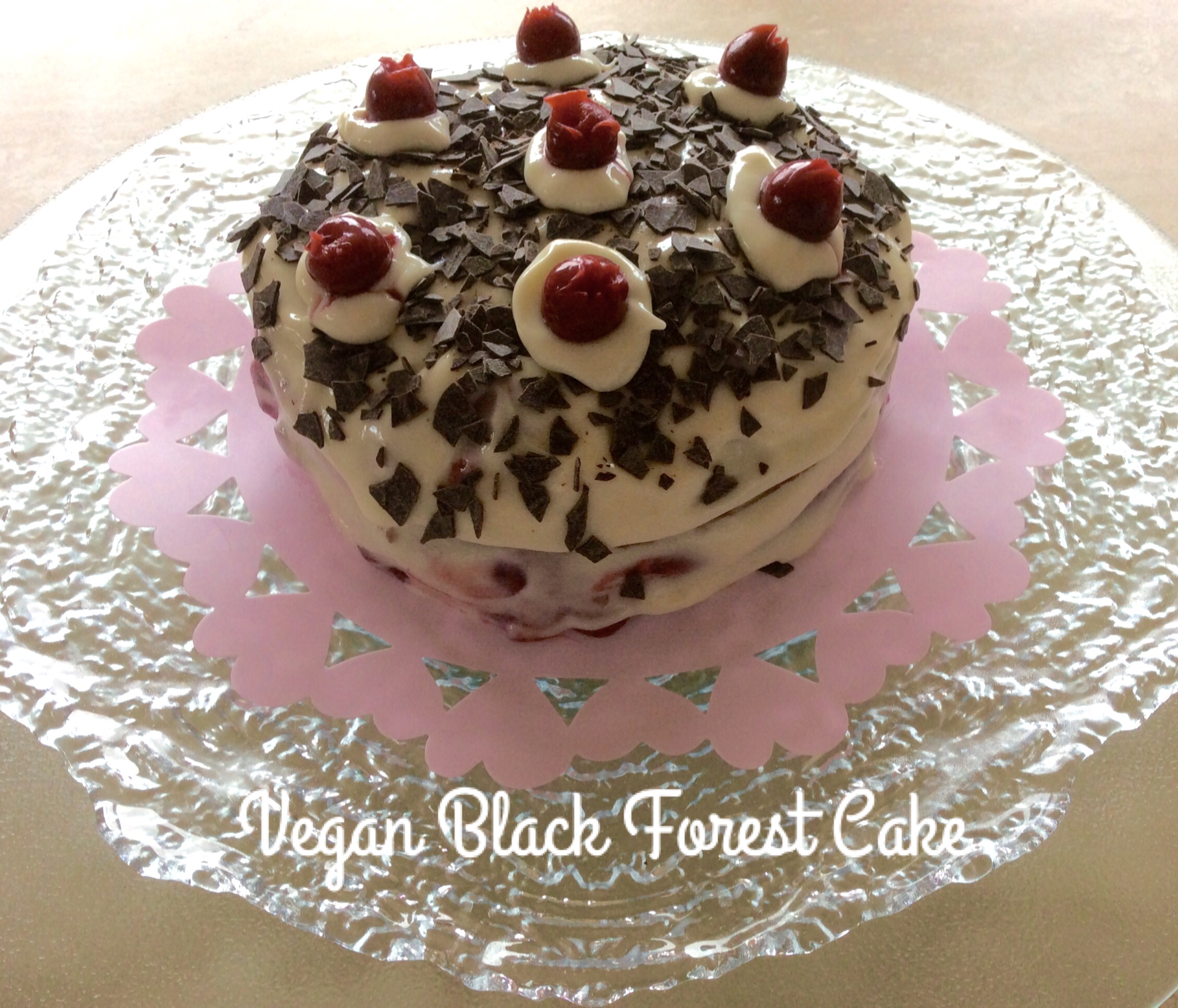 This cake was made for a landmark anniversary party. Made up of scrumptious layers of chocolate cake sandwiched with coconut cream and cherries. This cake is vegan  but, not the lowest in calories! I used the bottled version of Morello Cherries in syrup as they are already pitted. The white sugar in the local shops is vegan and, has been used in this cake.

For the cake we need,

For the cream layer we need,

Chill until ready to slice and serve! Enjoy 😊

This recipe is being sent off to Healthy Vegan Fridays, an awesome link up party that I’ve been following for some time for the plant based goodness!