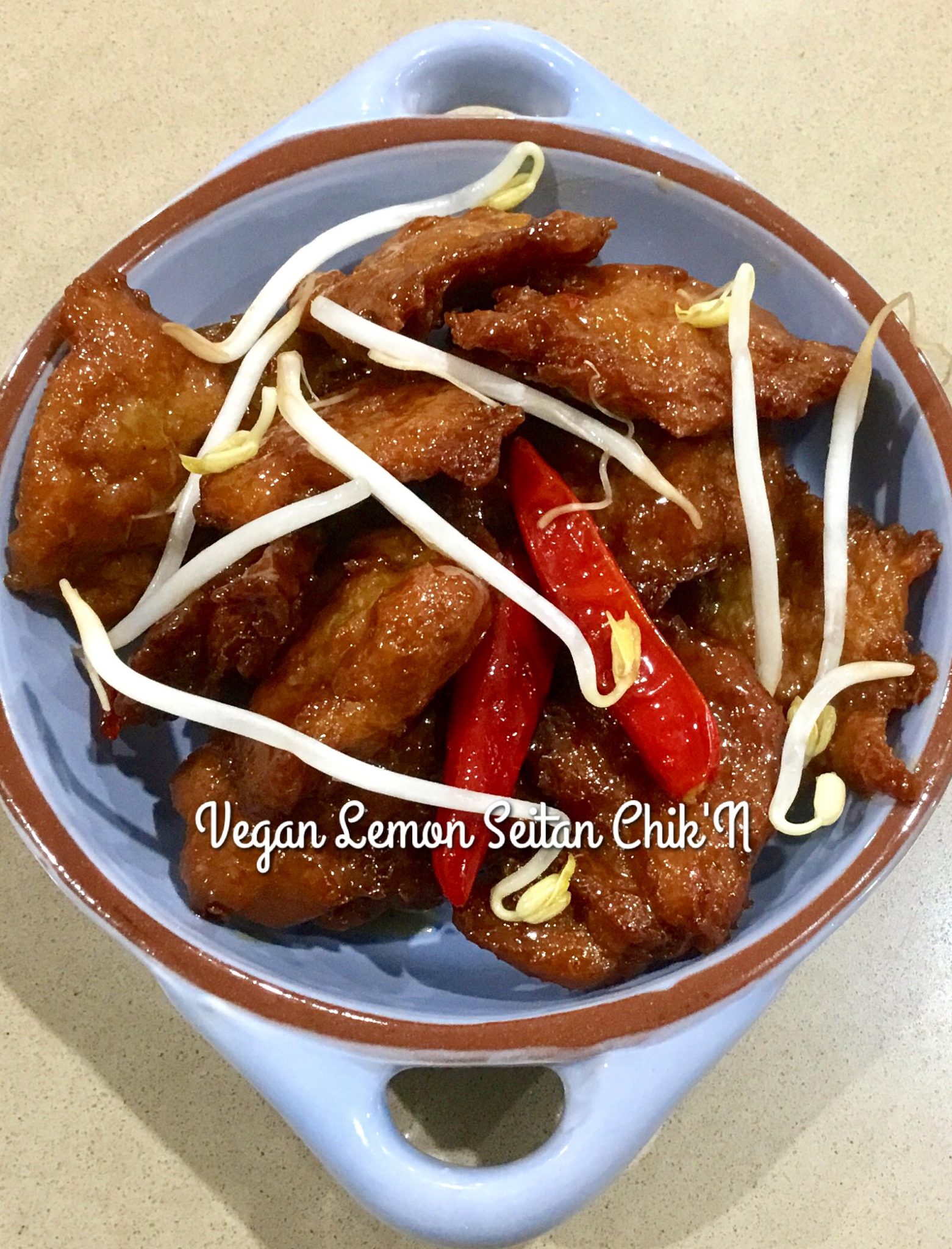 In all my explorations of the local Asian vegan food scene, “Seitan” in different forms seems to come up a great deal. Sometimes, as nuggets or, strips or chunks. Fancy forms like fish and prawns tend to be made with a combination of soy or yam starch in case of the prawns. This Lemon Chicken tastes very much according to the real thing according to the omnivores who tasted the dish. I loved the sticky lemon sauce and the convenience of getting my food ready under half an hour with the Seitan strips. For anyone, following a gluten-free diet Seitan would be replaced by tofu or shiitake mushrooms for a similar mouthfeel. Tastes great with Fried Rice, Noodles or, plain Quinoa.

(A quick weeknight stir fry that goes well with rice or Quinoa.)

Heat a deep wok with the sesame oil covering the surface.
Layer the Seitan in a single layer and cook until crisp and brown on one side. Flip over and cook the other side. Drain the strips and set aside.
Add the ginger garlic paste into the remaining oil in the wok. Cook until the raw smell goes off.
Mix in the capsicum strips and cook until softened.
In a small jug dissolve the cornflour and sugar in water. Add in the soy sauce, vinegar and lemon Juice. Mix well.
Return the Seitan strips to the wok.
Tip the cornflour mixture on top of the strips and stir well.
Mix the chili flakes in, if using.
Stir the contents of the wok on medium heat until the sauce thickens.
Take off the heat and garnish with bean sprouts.

Tastes great with rice or, quinoa or, noodles.