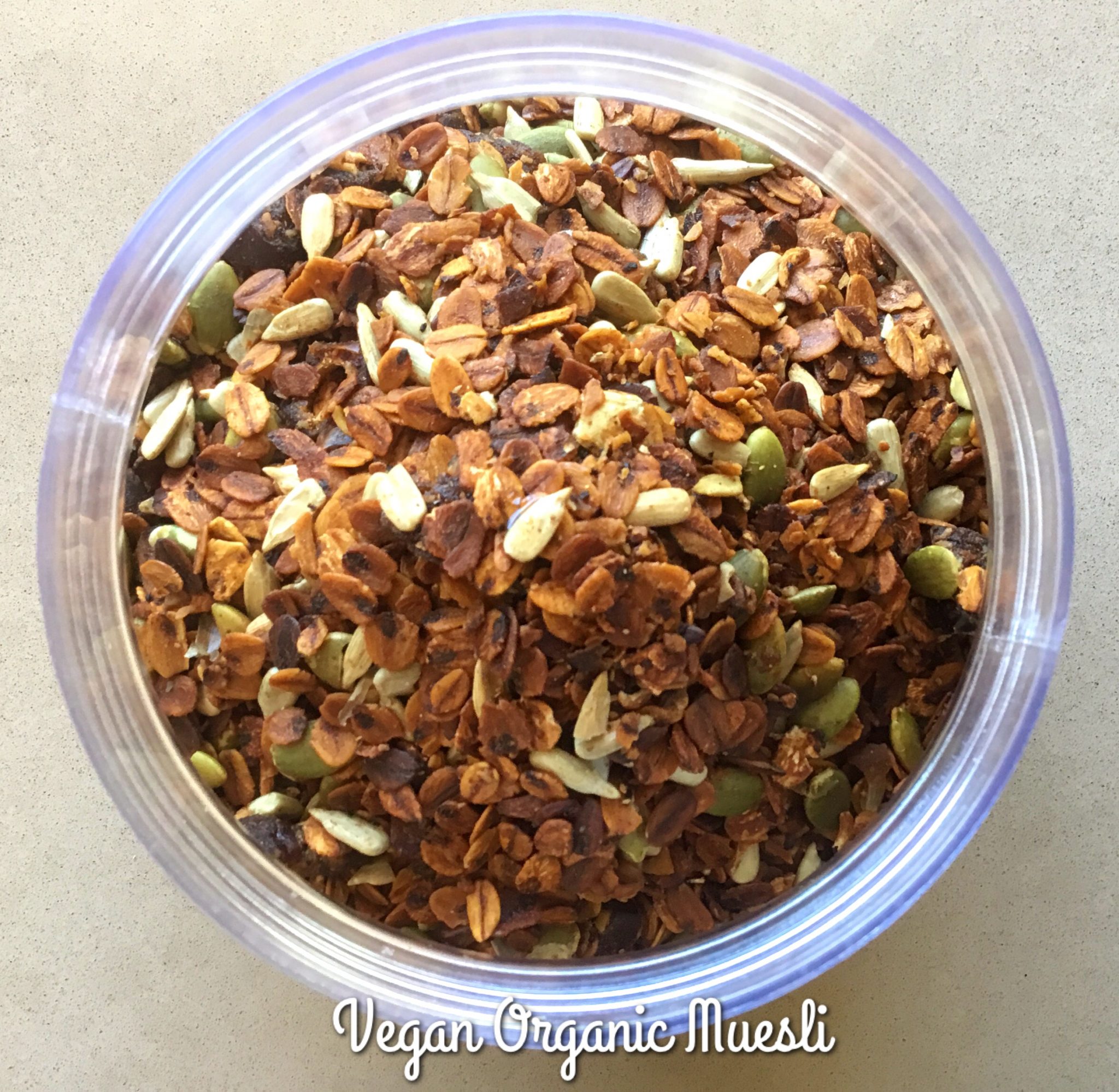 Muesli wins hands down as one of Australia’s favourite healthy breakfast! The cereal aisle of course, is plain mind-boggling with all the variations and flavours of Muesli with vegan, raw, nut – free and every other dietary consideration taken into account. I must confess to buying overpriced Muesli (the kind I like, isn’t cheap at all!) a fair few times. The other day I found some organic rolled oats when I was browsing which, in turn gave me an idea.

My rolled oats are baked to a toasty brown, because that how I enjoy it but, reduce time in the oven for a golden to lightly toasted version. I added sunflower seeds and pepitas because, my older one plays early morning sport at school and needs a nut-free breakfast alternative that can be chowed down at the playground. Using a dash of maple syrup and coconut oil helps the cinnamon and toasted seeds pair up beautifully.

(A delicious and quick breakfast that goes well with a scoop of non – dairy yogurt.
For a gluten-free version, make sure to get certified wheat-free oats.)

Preheat the oven to 180°C.
Spread the oats flat in a single layer in a flat non stick baking tray.
Bake the oats for 20 – 25 minutes until browned. Reduce to 10 – 15 minutes for lightly toasted.
Remove oats and cool on a flat surface.
In a smaller tray add the sunflower seeds and Pepitas to bake for 10 – 15 minutes.
Add the slightly cooled oats, cinnamon powder and seeds to a large mixing bowl.
Mix in the melted coconut oil and vanilla bean paste.
Drizzle in the maple syrup. Stir well to combine.
Toss in the chopped dates and mix thoroughly.
Leave the Muesli to cool and stir every 15 minutes to ensure uniform mixing.
After an hour store in an air tight jar.

Pepitas are light green pumpkin seeds with the goodness of fibre, minerals and fat soluble vitamins.