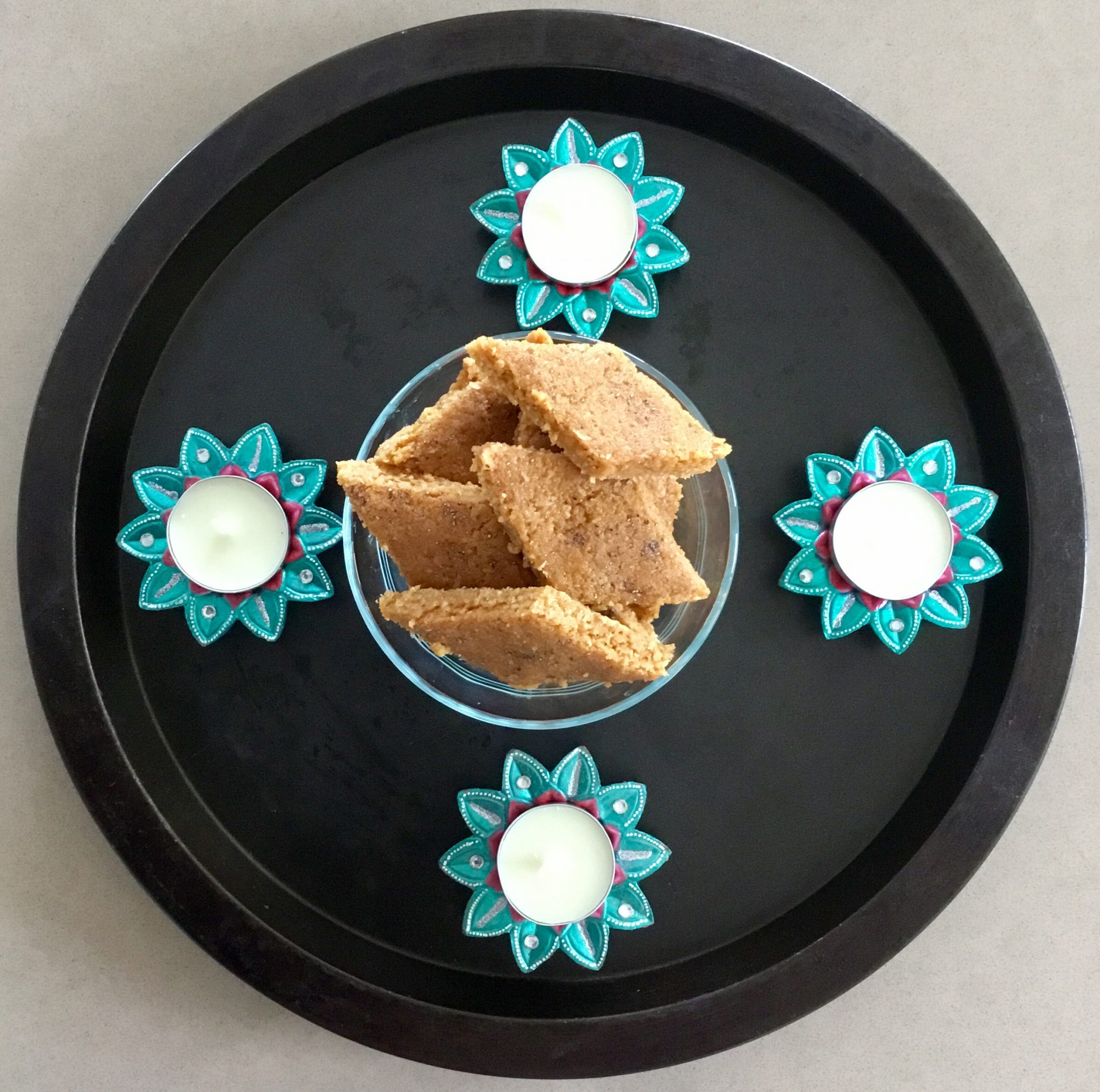 The Indian calendar follows the luni- solar cycle and starts and finishes differently as opposed to the standard 31st of December and 1st of January. The “Hindu” new year in 2017 falls on the 29th of March. Houses are cleaned and freshened up with a variety of fresh flowers and leaves. Intricate decorations made of rice flour and/ or colored sand are set on flowers. Growing up, my mother used to install a brass pot atop a stick covered with brightly colored cloth as a symbol of victory of good over evil called “Gudi”, pronounced as goody. Flowers and mango leaves are used to decorate the Gudi And, all kinds of sweet and savoury delicacies are made. Commonly made recipes include Chakli, Puran Poli (flatbread stuffed with sweetened lentils) and delicious fudge bars, called “Burfee”. 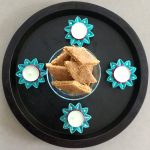 Gluten-free and Sugar-free, this fudge is full of coconut goodness.