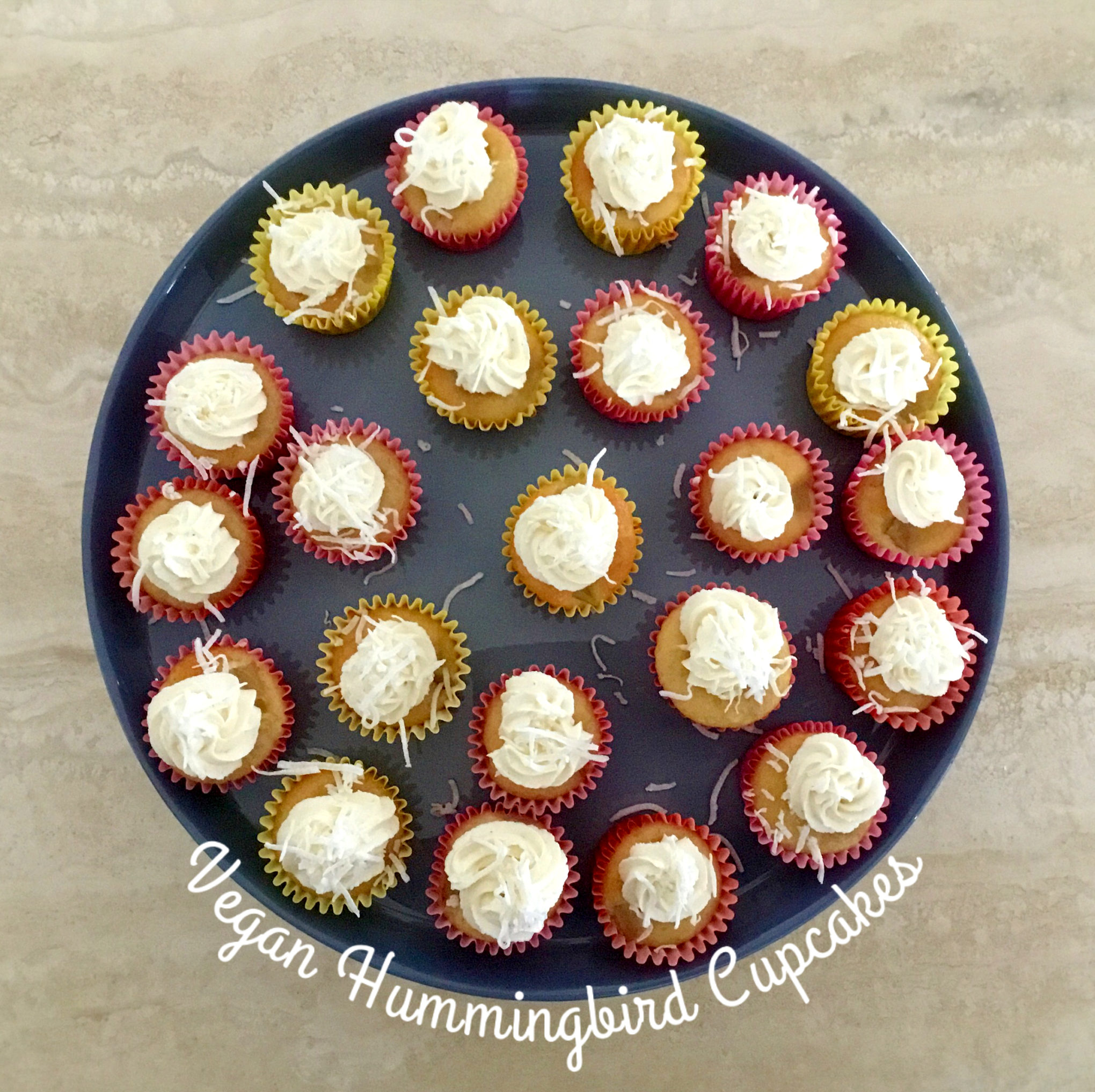 I have made a Hummingbird Cake before, here’s the backstory and recipe. Cupcakes are the easier, convenient and quicker to bake cousins of a cake. These tropical vegan Hummingbird cupcakes are vegan, sugarfree, fruity and full of goodness with healthy walnuts, banana, and pineapple. I have used “Queen” Cinnamon baking paste here instead of powdered cinnamon.

Ingredients to make the cupcakes

Preheat the oven to 180° C. Spray a 9″ cake pan with nonstick spray or line with baking paper.

In a large bowl, sift the flour and cinnamon together. Toss the walnuts and dried fruit pieces and mix well.

Whisk the puréed banana, pineapple, Xylitol and oil until smooth.

Fold in the wet mixture into the dry mix and mix gently until thick but smooth batter forms. Add reserved coconut water if the batter is too lumpy.

Pour the batter into paper cups lining a cupcake pan.

Cool cupcakes in the pan for 10 minutes after taking out of the oven.

Invert cupcakes carefully on a cooling rack out of the cake pan.

In the meantime, take a medium mixing bowl.

Whip the coconut cream until fluffy and airy.

Add in the Xylitol and corn flour by the spoonful until well incorporated.

This mixture can be piped onto cooled cupcakes or, spread with a spoon.

Decorate the top with walnut pieces if using or sprinkle grated coconut for a tropical flavour.