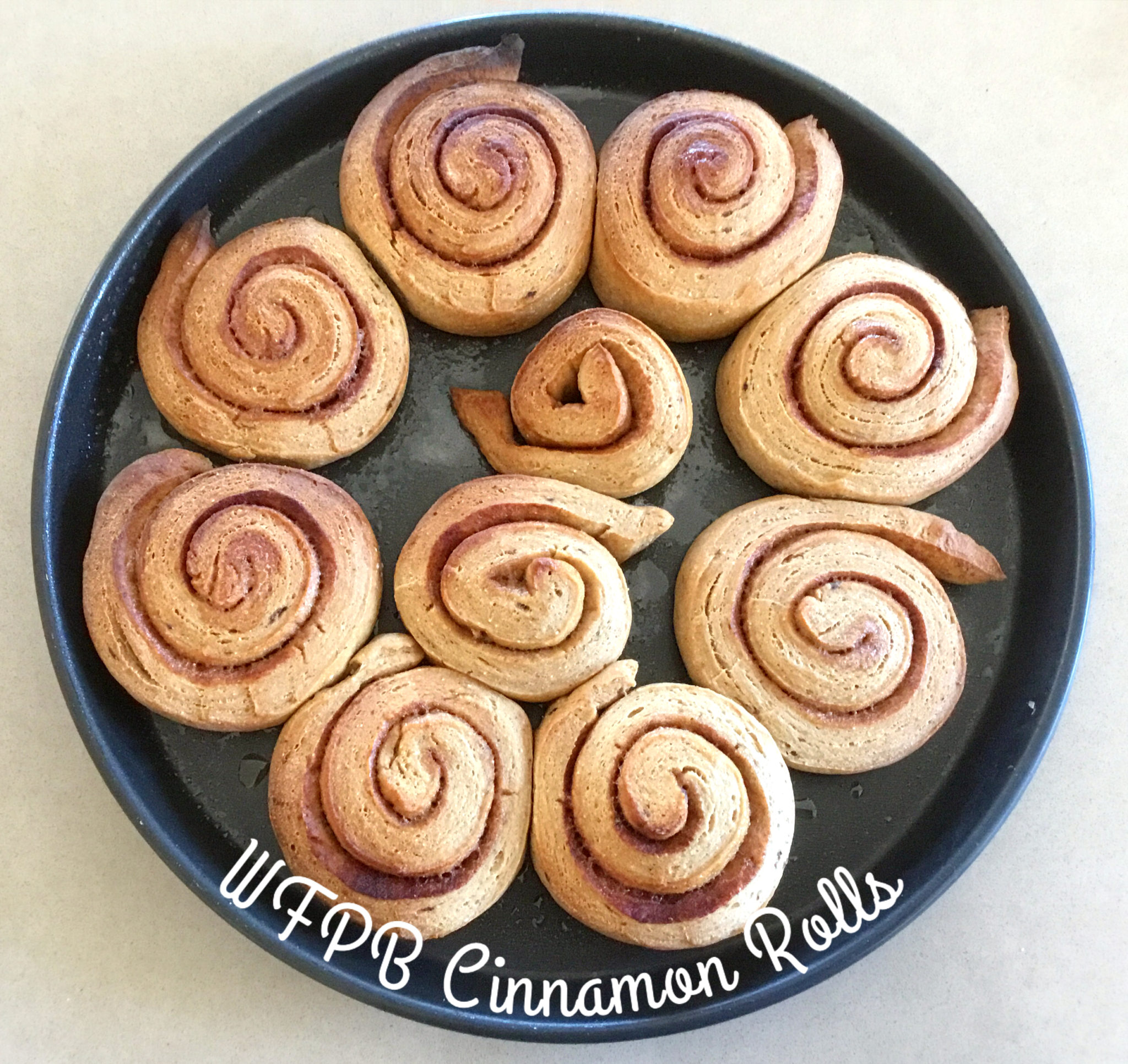 Cinnamon Rolls are the ultimate cold weather snack. These WFPB Cinnamon rolls (whole food plant based Cinnamon Rolls) are modified to take out the dairy & eggs, and to incorporate wholemeal flour, remove any oil using Aquafaba and sweetened with luscious coconut sugar and cinnamon. Any plant mylk should work in this recipe, and the sweetener can be substituted to use Erythritol or Xylitol. Aquafaba refers to water from beans, that is the thick gloopy liquid that all my canned chickpeas and beans come in. I tend to freeze the Aquafaba into ice cubes and use as needed in my baking. Once the Aquafaba is thawed and whisked well, it makes an excellent protein rich replacement for eggs.

To Make the WFPB Cinnamon Rolls We Need,

Best enjoyed warm, with some fresh seasonal fruit and a warm drink!